Wow it’s been awhile since I’ve posted on here… so while I am collecting ideas on my next postings, this one was easy enough to do. Since my last posting I got a new job at a company I love and did some traveling to Florida, UK and Germany (for the first time). Sadly I did’t pick up a German cookbook as I did in both Czech Republic and Poland. Next time. BBQ’s beckon some spice. So I thought I’ve done an amazing cornbread before, let’s see if I can do it again. With a few limitations. I didn’t want to use buttermilk, I didn’t have corn on the cob and frankly I didn’t want to go to the store and wanted a challenge to see, could I make it taste good with what I had around the freezer, cupboard and fridge? I keep most of my issues of Cook’s Illustrated and after digging through my recipes, I found what I was looking for. Instead of buttermilk, I used half/half and sourcream. Instead of corn on the cob I used frozen corn, but cooked it in olive oil, sea salt, pepper and lotsa cayenne pepper. Wow. And finally instead of eggs and a yolk, I used egg substitute. I did however use real butter. There is no substitute for the real thing! And finally, because I know my man likes some spice, I added in some chili jam that my friend Jane made from scratch. A definite yum and we also used it to top the cornbread. End result – perfection! In fact one guy at the BBQ did NOT have cornbread on his plate. I of course looked at him strangely, and said, you are kidding me, you don’t have any? He said, well I don’t like it, but for you, I’ll try it. Guess what? He went for seconds… True story. I took Cook’s illustrated recipe and of course jennized it. I mean why would I take Cook’s advice? 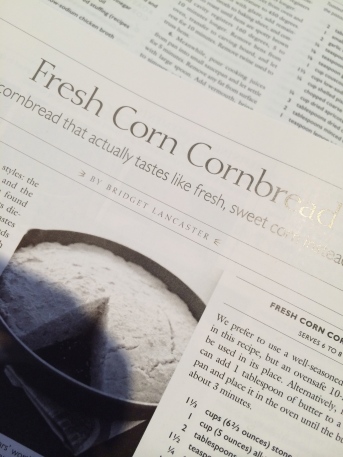 taking the cook’s challenge, but not exactly following the recipe 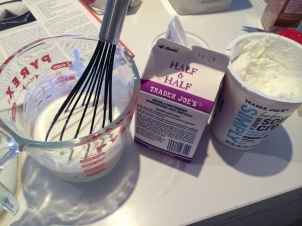 no buttermilk, no problem! you could also just use regular milk 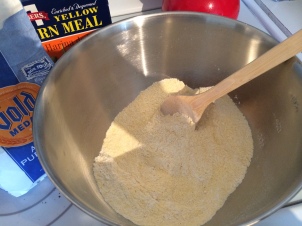 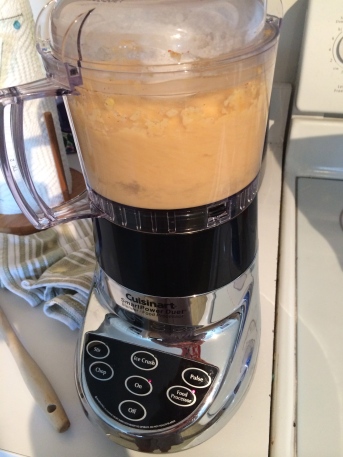 corn processing- after unfrozen and quickly (cheat i know) microwaved with olive oil, sea salt and cayenne and regular pepper

cook down the processed corn till it turns yellow 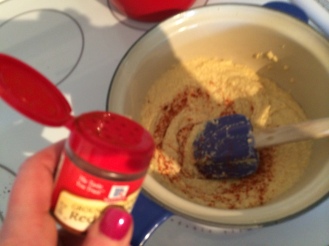 well we can never have enough cayenne! 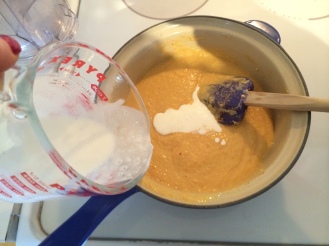 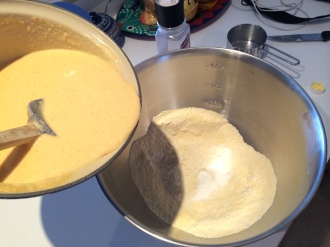 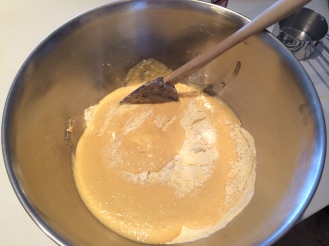 eggs added and all mixture

more cayenne, because why not? 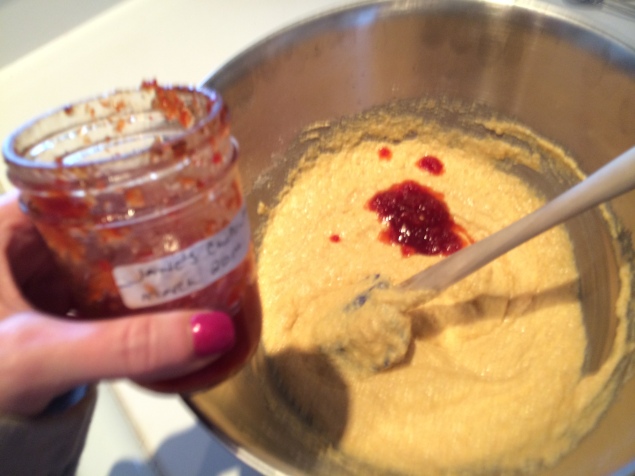 ah, now what will happen if I add this? 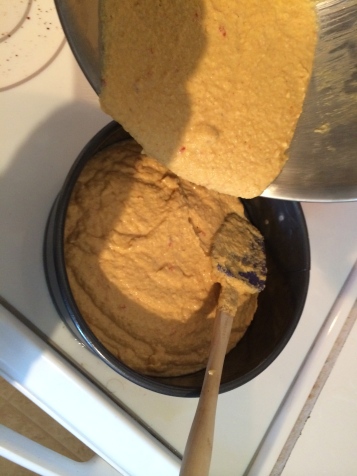 used a springform pan instead of a skillet 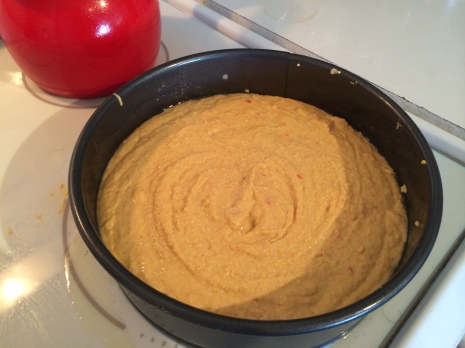 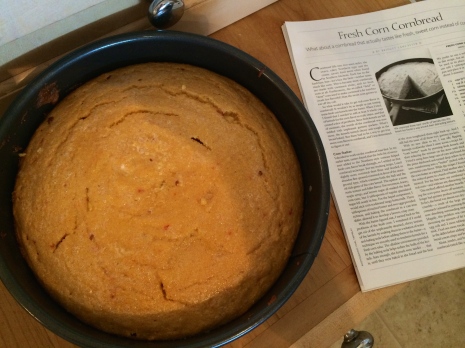 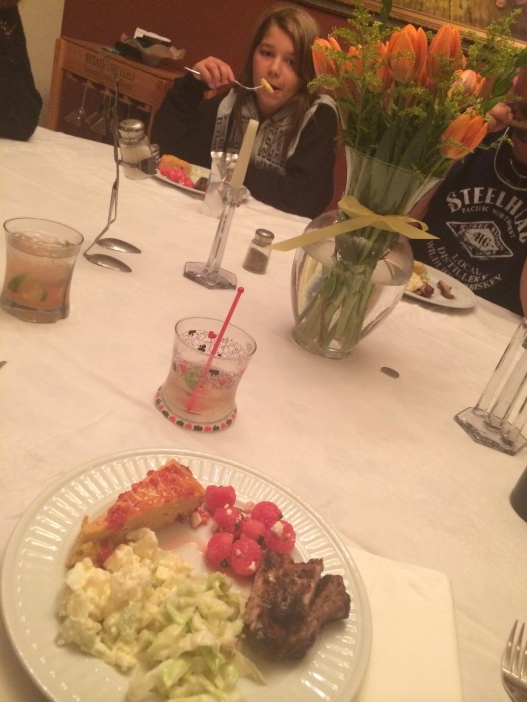 pretty on a plate and complimented everything well- added touch the chili jam!